THE EXECUTIONER SET FOR ADELAIDE 2YO CLASSIC

More Than Ready colt The Executioner has raced his way into calculations for the Magic Millions Adelaide 2YO Classic with a sterling first-up victory at Morphettville.

Making his debut on the road for Cranbourne trainers Trent Busuttin and Natalie Young, the solidly-built chestnut won with ease despite missing the kick in the My Punter Hcp (1000m).  “I was sweating bullets when he was out the back door,” Young admitted.  “He had jumped to the front in a hit-out at home so I thought he would have to be good to win from there.”

Local youngster Kalmar set a quick clip in the lead and was a sitting shot for The Executioner who clocked 58.86s.  “He’s got a sharp turn of foot and put them away in the straight,” Young added as the short-priced favourite returned to scale on Saturday.  “That would have upped his price and we will be back here in a fortnight for the Magic Millions.”

The Executioner (2c More Than Ready – Pinova by Fastnet Rock) is a half-brother to Singapore debut winner Quadcopter and was a $90,000 bargain at the 2018 Gold Coast Magic Millions Yearling Sale.  Their dam is a half-sister to Vinery stallion Star Turn.

“He’s a very nice horse but is still new,” winning jockey Jason Holder said.  “He was looking at the barrier attendant when they jumped and had to do it the hard way.  It might have been a blessing in disguise because they ran along in front.  He got a nice suck into the race and finished over the top of them.  He’s still on the way up and was just too good.” 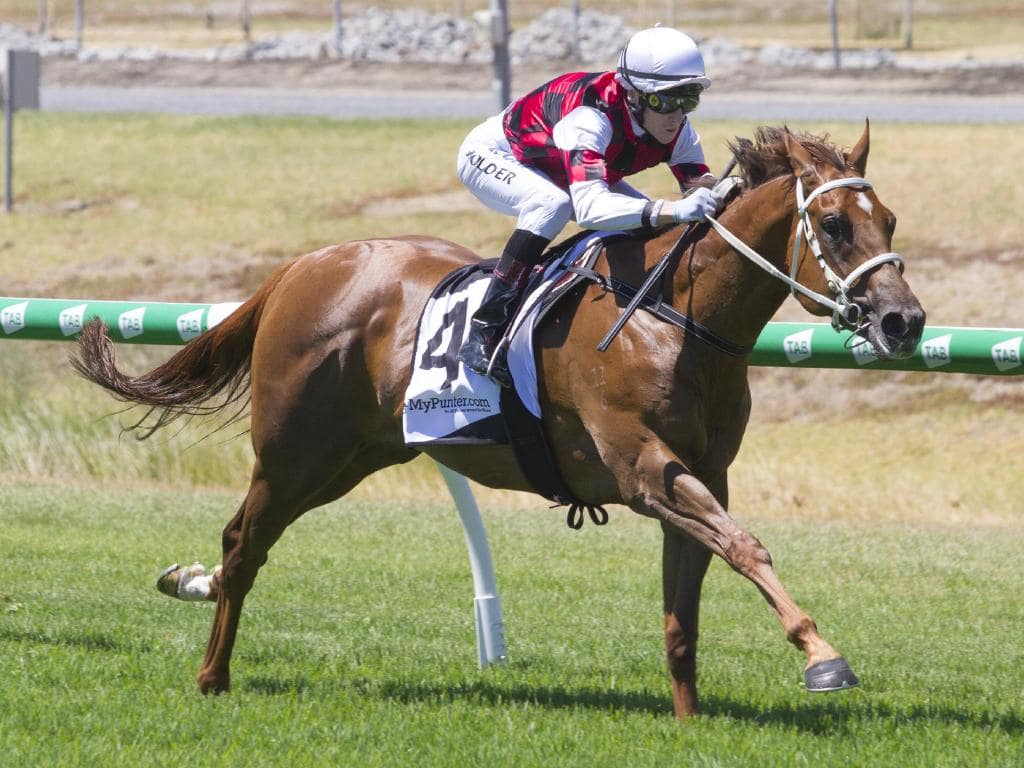 The Executioner wins at Morphettville

Press Statement has 10 yearlings from his first crop starting with the filly from Sebring mare Inside Line (Lot 5).  Her dam is a three-quarter sister to More Than Ready’s Centaurea Stakes LR winner Come Fly With Me.