VINERY Stud’s four shuttle stallions, More Than Ready, Big Brown, Myboycharlie and Congrats arrived at Scone under blue skies on a picture perfect day in the Hunter on Wednesday.

While three of the four are no strangers to Vinery, it was the first time that the USA’s reigning Champion First Season Sire Congrats had set foot on the hallowed ground.

”They all stepped off the float in astoundingly good shape,” says Vinery’s Adam White. 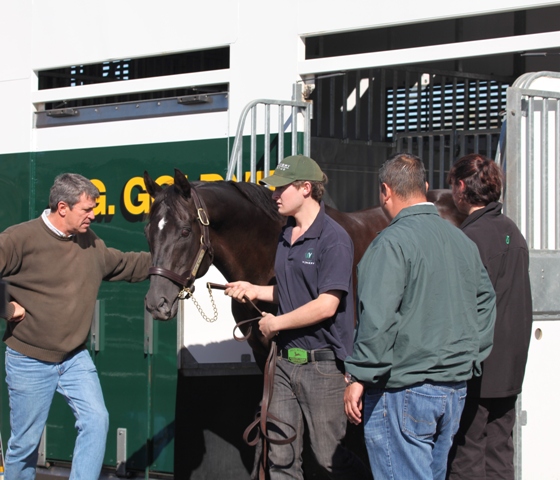 ”When you consider each stallions busy schedule serving in the northern hemisphere followed by a long trip and a stay in quarantine, it’s a test, but they look fantastic.”

White reported that the four stallions went straight off the float into their respective paddocks from where they’ll be paraded and inspected prior to serving mares on September 1.

Before that Vinery and a number of other Hunter Valley studs will host their open days and stallion parades over this weekend prior to the busiest time of year descending.

”All of our stallions have great books of mares awaiting them, Congrats has a full book which is very exciting given that he is a first season sire in Australia,” says White.

”All of the others will cover excellent books as you’d expect – particularly Big Brown whose first season book included some of the best performed fillies and proven broodmares in the land.

”The way his weanling and yearlings are selling in the USA, against the trend of a sour market, should give great confidence to those breeders who used the stallion last year or intend to mare their mare to Big Brown this season.”

Group 1 winning 2YO Myboycharlie is looking more and more the typical Danehill-line sire each time he returns to Vinery, says White, and his first yearlings are expected to shine in the sale rings during 2012.

”Naturally we are always proud and honoured to welcome back More Than Ready who we see as the captain of the roster being the champion sire of 2YO’s in both the USA and Australia (twice),” White said.

”He always looks fantastic – this year is no different.” 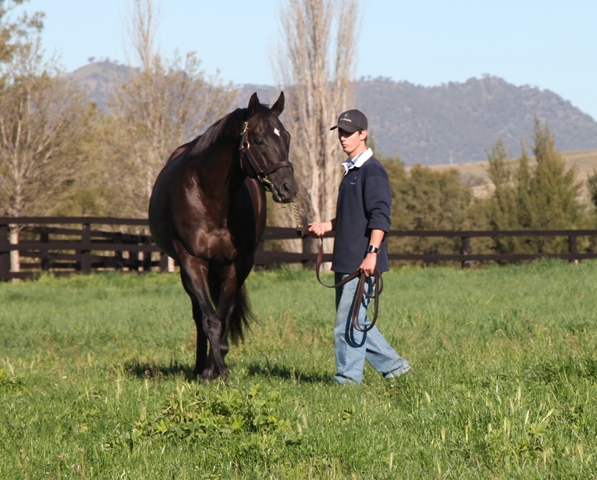 Takes a very good horse to win like that! Gr.3 success vs the older horses for #StarTurn 3yo Cordyceps Six in the Sha Tin Vase. He has always promised to deliver on his potential and what a way to do it, at Stakes level beating 2x Gr.1 winners in the process. Best yet to come?

Cordyceps Six, the only 3yo in the field, wins the Gr3 Sha Tin Vase impressively tonight at @HKJC_Racing. 🙌🏼

A new SW for @VineryStud's Star Turn-we will offer two of the only three mares in foal to Star Turn at this week's @mmsnippets Broodmare Sale! https://twitter.com/hkjc_racing/status/1528296329990242305

3 strains of Danehill through sire sons.