The Vinery team departed the Gold Coast delighted with returns during the Magic Millions Yearling Sale that concluded on Monday.

Vinery finished Book 1 as a Top 10 vendor with turnover of $4.85 million from the least amount offered on the leader-board.  Overall, 16 yearlings averaged $303,125 off a sky-high clearance rate of 94%.

Top price of $700,000 was the I Am Invincible – Mousai colt purchased by agent Mark Player.  He’s the first foal of a winning half-sister to Starspangledbanner. 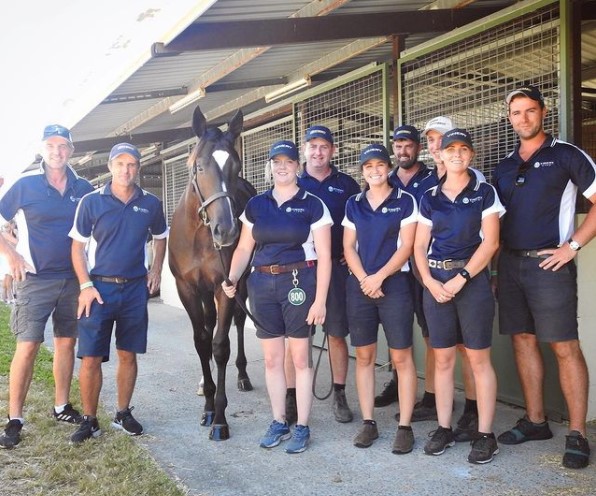 “We had such an amazing sale and want to thank our clients for their phenomenal bloodstock,” Vinery’s Adam White said.  “Thanks also to buyers for their support.  We wish them all good luck and will be following their successes closely.”

All Too Hard was represented by the two top-selling colts during Book 2 on Sunday.  Vinery sold his colt from Poppet’s Treasure (Dansili) for $200,000 to Kacy Fogden and Cressfield received $170,000 for the colt out of Nikkirina (Beautiful Crown) from Brisbane trainer Chris Anderson.

“Duncan Ramage identified this colt some time ago and told me I could not afford to go home without him,” Anderson said.  “He’s a lovely type and All Too Hard can throw a very, very good horse.  This is probably the mare’s best chance so hopefully that proves to be correct.

“The competition has been unbelievably tough this week.  I bought five but have been under-bidder on seven others, so we have had a real go and I’m certainly pleased with what we’re taking home.”

Vinery is currently prepping 24 yearlings for the Inglis Classic Sale at Riverside Stables as from Sunday, February 7.