HKJC Steward Philip Chen presented the silverware to owners Michael & Henry Lee at the Ritz Carlton on Friday night.  Ivictory also received recognition as Hong Kong’s Most Improved Horse after rocketing up the ratings from 75 to 128.

The John Size-trained 4yo won four from four this term and earned the equivalent of AUD 2.43 million.  He emerged from the shadows into the spotlight with a brilliant Chairman’s Sprint Gr.1 victory in April. 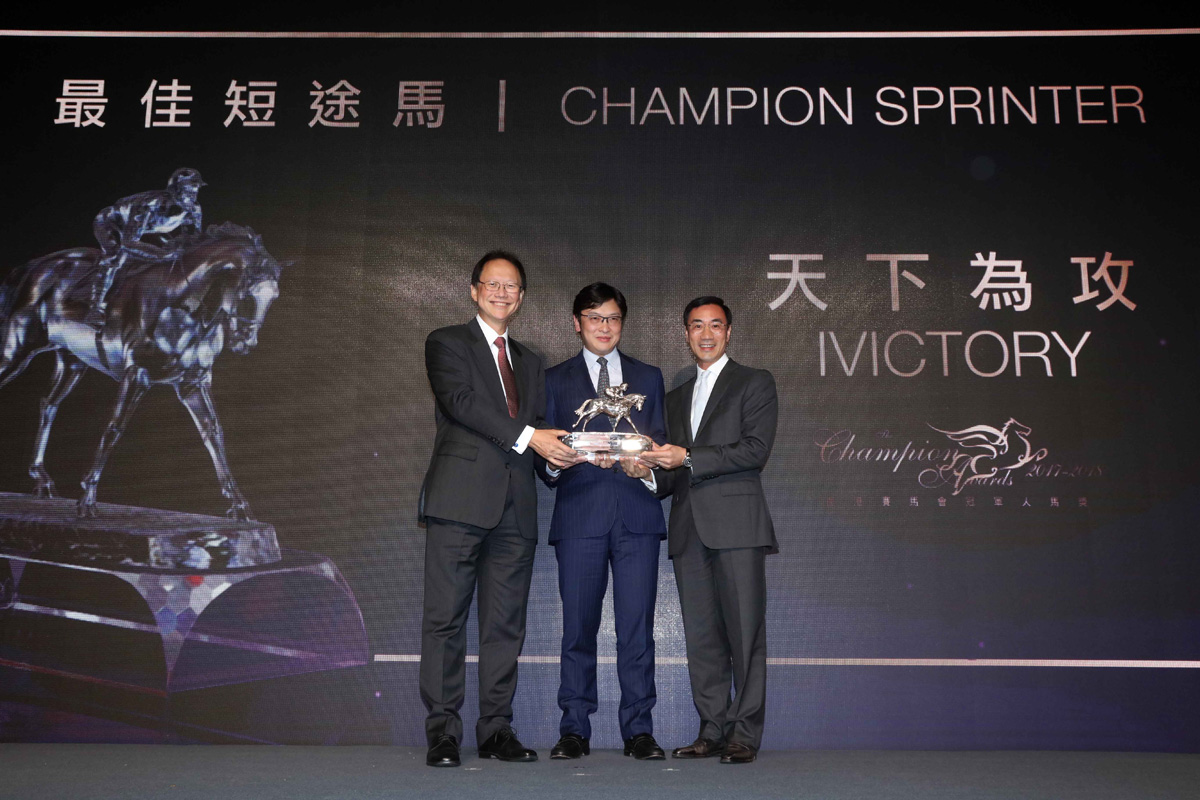 Ivictory owners are presented with the Champion Sprinter Award

“A horse without ratings in feature races has a mountain to climb at set-weights,” Size said.  “But this horse is an exception.  Those restricted wins were emphatic including one in track-record time.  I thought we could try the Group 1 even if it might be one run too early.”

Ivictory is the first foal from Inca Lagoon (Hussonet) who is from the immediate family of Yippyio (Queensland Derby Gr.1) and Iglesia (Silver Slipper Stakes Gr.2).  He was purchased by Price Bloodstock for $80,000 at the 2015 Gold Coast Magic Millions.

“This colt will be offered at the 2020 Hong Kong International Sale,” Columb said on the Gold Coast.  “Mossman has a hot young sprinter named Ivictory with John Size and by 2020 he could be Hong Kong Horse of the Year.”

Other Champions by the ever-versatile Mossman are; BUFFERING (Champion Older Male Sprinter in UAE 2015/16), & MOSSFUN (Joint Champion 2yo Filly in Australia 2013/14).  Mossman was pensioned last year and there are 17 foals on the ground from his final season at Vinery.