All Too Hard youngster Frosted Gold (Aus) staked his claim for Champion 2yo honours in South Africa with more black-type on Saturday.

The grey colt came from a length or two off the pace for a comprehensive victory in the SA Nursery Gr.2 on Champions Day at Turffontein.  He put more than a length on arch-rival Twilight Moon with a powerful finish at the end of 1160m.

“He’s better being ridden quieter,” trainer Mike De Kock commented.  “He’s still a green and likes to run at them.  I’m not sure how many more runs we will give him as a two-year-old.  He’s won three from four and could possibly go to the Sun Gold Medallion later this month.”

“He’s got good gate speed and kicked when I asked,” jockey Anton Marcus said.  “He was looking for company late and based on that he has improvement to come.” 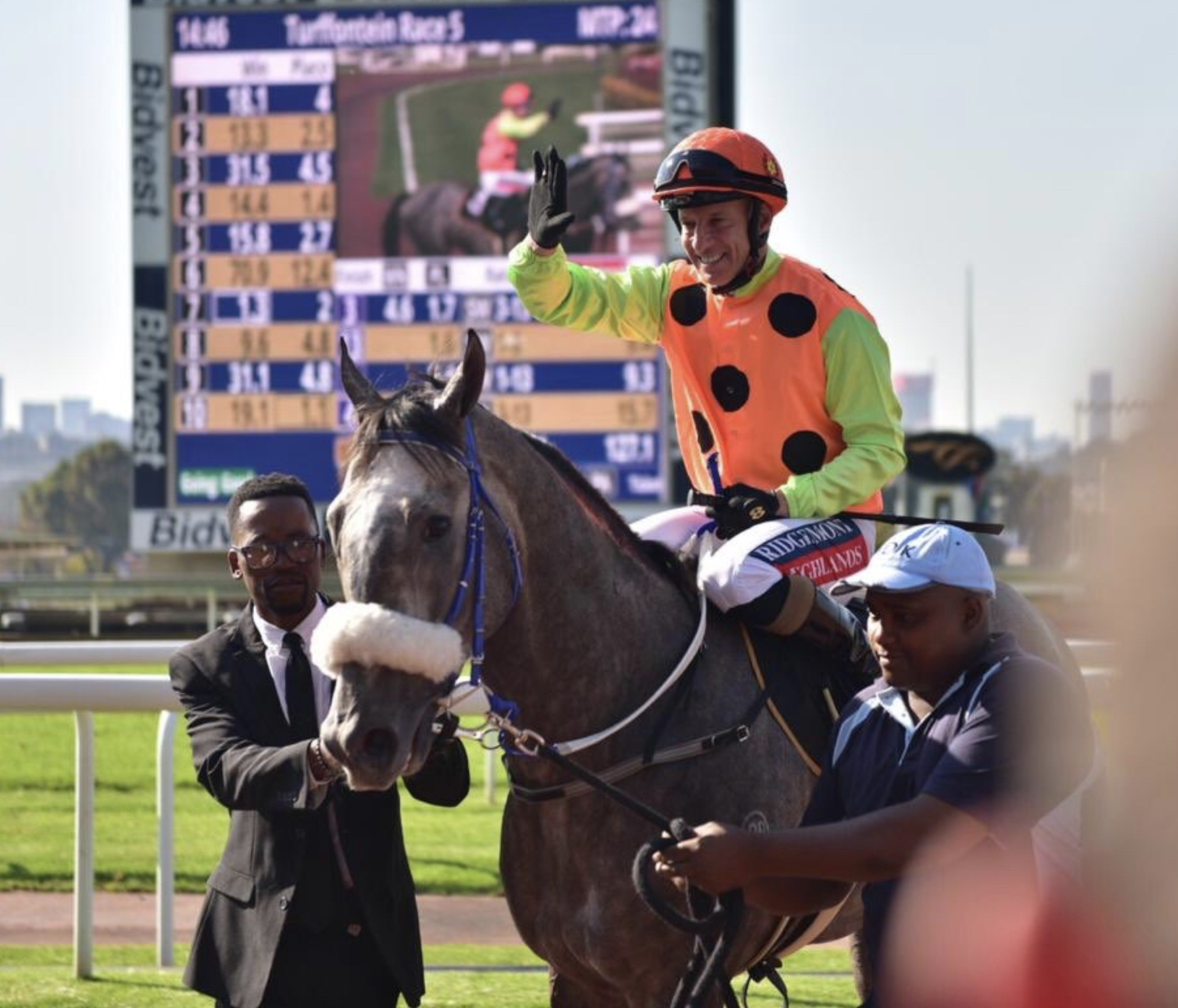 Frosted Gold was conceived at Vinery in 2015 when All Too Hard covered French-bred mare Mary D’Or (Verglas).  She’s a sister to Prix Jean Prat Gr.1 winner Stormy River and is owned by NZ breeder Lib Patenga.

De Kock bought him for $180,000 on behalf of Durban-based owner Dave MacLean at the 2018 Inglis Melbourne Yearling Sale.  “Dave gave us the go-ahead to buy one horse and Jehan Malherbe and I found this one, we are very pleased.  He’s got a Group 2 now and he has a future.”

Frosted Gold won on debut at Vaal in February and then dead-heated with Twilight Moon in the Storm Bird Stakes LR at Turffontein.  Twilight Moon was successful when they locked horns a second time in the Protea Stakes Gr.3 before the tables turned again on Saturday.

Earlier on Saturday at Randwick, All Too Hard gelding Fuchu won his fourth race in 8 starts for trainer Kim Waugh in the Australian Turf Club (1550m).  He drove through a gap in the straight to defeat Agassi (Pierro) and Live And Free (Savabeel).

“I love this horse and blinkers made a big difference today,” jockey Robbie Dolan admitted.  “He improved five lengths from the Provincial Championships last month.”

Fuchu was unraced at two and his initial campaign was limited to a Newcastle maiden win as a spring 3yo.  He’s a homebred for Pip Cooper from Fuji Fairy (Fuji Kiseki) and is a half-brother to Group 1 winning filly Yosei.

“By crikey, he’s all heart,” stable spokesman Terry Bellow said.  “He was tailed off last time and ran the fastest final sectional to only go down a length.  Robbie got him in the gun seat today and he persisted for a run one-off the rails to get the job done.”