Vinery sire Press Statement has 22 yearlings heading to the Inglis Classic Sale next week on the back of a very encouraging start at the Magic Millions.

His first crop averaged $170,000 on the Gold Coast and there was more good news for his Classic draft when Vinery-bred filly Exhilarates won the $2million Magic Millions 2YO Classic (1200m) on January 12.

Vinery has catalogued the Press Statement – Night War colt (Lot 561), who is closely-related to Exhilarates.  “You only have to check out the pedigree to realize it’s a 2yo family,” Vinery Bloodstock Manager Adam White said.  “He’s an athletic, thickset colt and looks a forward type.”

Night War won a Karrakatta Plate Gr.2 and is a half-sister to Blue Diamond Stakes Gr.1 winner Samaready whose first-named foal is Exhilarates.  She is an $8 second-favourite for the $3.5 million Golden Slipper Stakes Gr.1 in March. 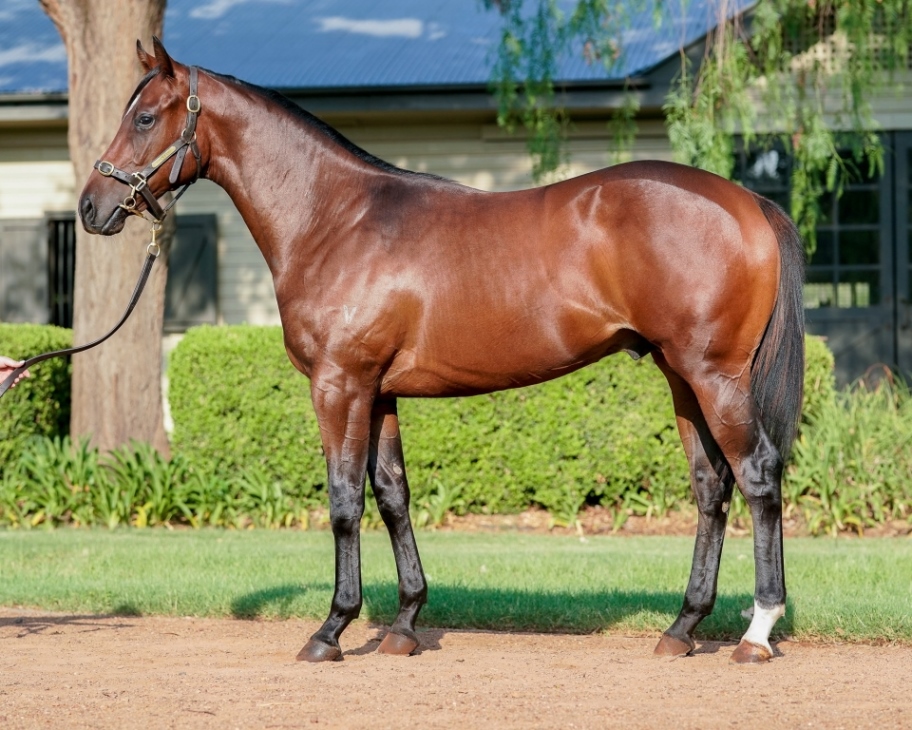 Press Statement could have another Classic Sale update when Jericho Missile runs in the $250,000 WA Magic Millions 2YO Classic RL on Saturday week, February 9.  His half-brother by the Vinery sire will parade 48hrs later as Lot 570 at Riverside Stables.

Jericho Missile (pictured winning at Ascot) heads the order of entry after winning the Crystal Slipper Stakes on debut at Ascot last month.  “He’s a lovely horse and will go straight to the Magic Millions,” trainer David Harrison said.  “We haven’t overtaxed him with just the one run.  It’s hard to tell if he’s improved, but he looks good.”

Their dam Onecatstoomany (One Cool Cat) foaled a filly from the first crop of Vinery sire Star Turn in October.  The mare is owned by David Bentata and he also bred the Vinery-sired Group 1 winners Gimmethegreenlight (More Than Ready) and Ofcourseican (Mossman).

Another Press Statement parading at the Classic Sale is the half-brother to brilliant Melbourne 2yo colt Yes Yes Yes who won at Flemington and Moonee Valley in December.  He is from Sin Sin Sin (Lot 987) and is being offered by Arlington Park breeder Brett Bradley through Kitchwin Hills.

“He’s a nice, big strong colt and will go early,” Bradley said.  “He’s the spitting image of Press Statement and there’s plenty of speed on the dam’s side, too.”