Headwater topped first-crop turnover with $1.36 million during Book 1 and Press Statement was a Top 5 freshman with an average of $84,409.

Buyers also gave Vinery’s draft their stamp of approval with 18 lots sold at an average of $71,472.  “The majority of our pass-ins were sold soon afterwards,” Vinery’s Adam White said.  “We met the market and it’s good to see them find new homes.”

A flashy grey colt by Stratum topped the Vinery consignment at $280,000 to the bid of Domeland.  “He’s a beautiful colt and a great mover,” White declared.  “The syndicators were on him so it was a good situation.  He had been out a lot and handled it really well.”

Catalogued as Lot 242, the colt is from Dayeala (Starcraft) and will be trained by John O’Shea at Randwick.  “I wasn’t surprised by the competition we had to fend off,” Domeland rep Kevin Connelly said.  “He’s a very active horse and is a standout in our opinion.” 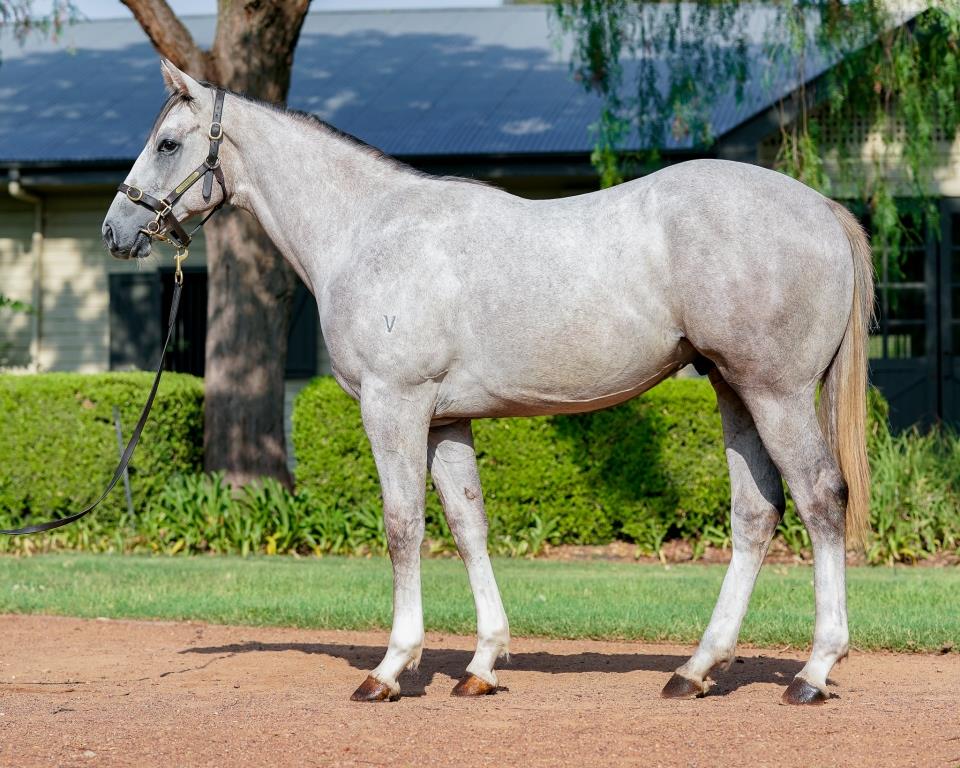 The Classic Sale was something of a marathon with Inglis increasing the catalogue from 600 lots to more than 1,000 and results were patchy in parts over five days of trade.

Headwater vendors arrived from NSW, Queensland and Victoria and among his six-figure sales was the $140,000 colt from Manju (Lot 489) purchased by Mick Price.  His dam is a half-sister to stakes winners Ravi (Sheraco Stakes Gr.3) and Elzaam (Carnarvon Stakes LR).

“He’s a lovely looking individual,” Price said.  “Strong, forward and a real speed-type of colt.  He’s a ripper and I can’t wait to get him back to Melbourne.”

Press Statement was popular at the Gold Coast Magic Millions and he followed up another successful sale at the Riverside Stable.  His $270,000 colt (pictured) from Calaluna (Lot 72) was only just pipped by a Kermadec colt ($280,000) for the single best result of any first season sire at the Classic Sale.

The Vinery freshman was a G1 Caulfield Guineas winner for Chris Waller who will train the colt for Star Thoroughbreds founder Denise Martin.  She bought him only hours after winning the $1 million Inglis Sprint (1100m) with Fiesta (I Am Invincible) at Warwick Farm.

“He’s got a lovely page and ticked all the boxes for our team,” Martin said.  “Press Statement was an exceptional racehorse and this colt, in our view, is quite outstanding.

“We were bidding against a good judge but I wanted to make sure I went home with him.  And just winning a million-dollar race makes you braver.”